Citrix XenDesktop RAM Cache – An awesome way to save your IOPS

We have been fighting storage IO battle since day one. There are many flash technologies on the storage vendor side. Now Citrix Provisioning Service has an awesome and easy to use feature called RAM Cache on the hypervisor RAM that can reduce  storage IO by 90%. RAM cache is great for PVS non-persistent desktops. For MCS or any persistent desktops, RAM cache is not ready yet.

I tested RAM Cache last year. The result was unbelievably good. I shared at NetApp Insight Vegas and Berlin. In January, I attended Dan Feller‘s session “Technical Update for XenApp and XenDesktop – 2015 Edition” at Citrix Summit. Now it is time to promote RAM Cache.

How to use RAM Cache? At PVS console, select vDisk properties and choose Cache type as “Cache in device RAM with overflow on hard disk”. This will use hypervisor RAM first and then use hard disk. Choose the RAM size based on OS type. 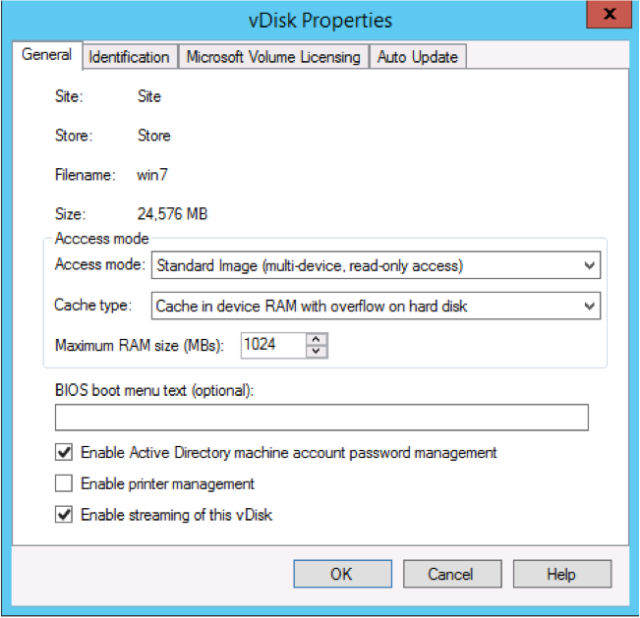 Now let me share the test setup and result:

I ran 4 tests to find out if RAM cache is useful and what is the optimized RAM Cache size compared to Citrix’s recommendation.

The blue line is the result without RAM Cache. The IO saving is tremendous.

What is the lesson learns?

Increase your write cache when you use RAM Cache

Storage is 4k based and RAM is 64MB. “If transitioning an environment from Cache on HDD to Cache in RAM with overflow to disk and the RAM buffer is not increased from the 64MB default setting, allocate twice as much space to the write cache as a rule of thumb.”

Reduce storage IO. The data is from Dan Feller’s deck at Citrix Summit.

Defragment your vDisk to save your write cache size

“Defragmenting the vDisk resulted in write cache savings of up to 30% or more during testing.”

Hope I can meet you at Vegas!

Hope you are as excited as we are for Insight 2014 Las Vegas! I will have 6 NetApp break sessions and a XenDesktop on Hyper-V lab. This will keep me busy.  Also you can find me at virtualization booth.  Hope I can meet you in Vegas! 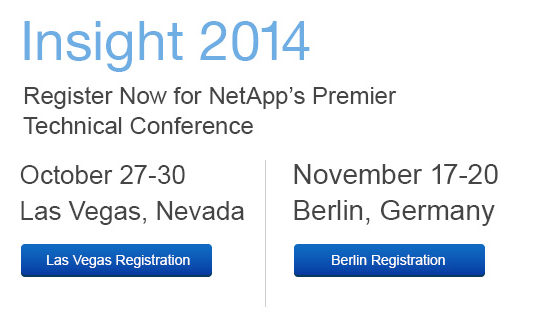 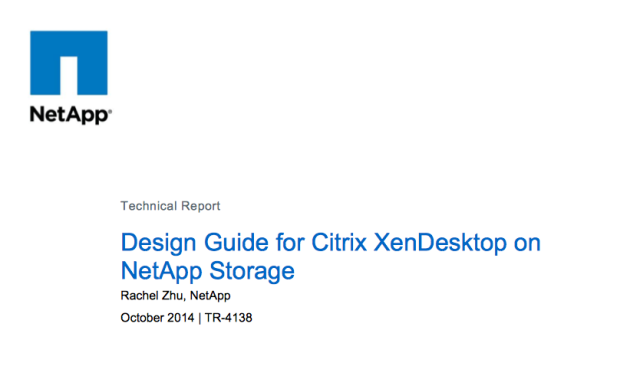 As a solution architect in a storage company, I am often asked by customers and sales engineers how many IOPS per desktop. My answer is always it depends. Virtual desktop IOPS is a myth. It varies by application, the stage of the workload, provisioning methods, and hypervisors. VDI IOPS is like different size nails, some are small like 2-3 IOPS per desktop, some are big like 20-30 IOPS. The easiest way is to have a big hammer to be able to hit nails in all size.  NetApp finally revealed all flash FAS ( AFF), the big hammer.

We recommend to use AFF when the IOPS is > 20IOPS per desktop or ultra low latency  like < 1ms is required.

Check our new reference architecture on All flash FAS with VMWare View. AFF with XenDesktop is coming in a couple of months. Yes, I am doing the work.  🙂

Fast login means in virtual desktop deployment. We can control how many VMs to boot at the same time but difficult to control the number of simultaneous user login.  This makes fast login even more important.

During our 2000 seats vSphere and XenDesktop reference architecture, we tested a few cases and the goal is to login 2000 users within 30 minutes.

To make sure that the user profiles and settings are preserved after the desktops are reprovisioned from the updated vDisk (as a result of desktop patch, update and so on), we leverage the profile management software like Citrix UPM to redirect the user profiles to the CIFS home directories.

Adding a policy to exclude the redirected or unwanted folders from roaming or synchronization is very important to reduce IO during login.  Using Citrix Profile Management, you need to add all of the redirected folders to the folder exclusion list and you should also at a minimum add the following additional folders to the exclusion list: “AppData\Local”, “AppData\LocalLow”, and “Local Settings”. Check the screen shot of CVD on HVD policy, notice the exclusion list.

I am excited to go to Citrix Synergy every year. It is a time to get to hear what Citrix is going to say about  virtual desktop, cloud and data mobility. Also it is always so good to meet my Citrix friends.

I will present  M320 Accelerating Virtual Desktop with NetApp on Thursday May 8th at 9:30 Room with Mr. Cooper. The session will cover 3 topics: Clustered Data OnTAP with vSphere 5.1 and XenDesktop 7.1 CVD, $35 dollar per desktop Citrix ready VDI capacity program and NetApp flash technology – All Flash FAS8000.

We also have some great breakout sessions planned that will go deeper into the technology:

Finally, here’s a sneak peak at our booth mini-theatre sessions:

Come by booth 201 to see our demos, meet executives, talk to customers, and mingle with technical experts.

I am looking forward to seeing you in Anaheim.

As part of this Citrix program, NetApp joined Citrix at their Solutions Lab in early 2014 to stress test a NetApp FAS2240-2 hybrid storage array. The stress testing took place against a 750 seat desktop virtualization environment based on Citrix XenDesktop 7.1. The end goal was to prove NetApp can deliver a storage solution at a very economical end user storage cost of $37 per desktop. 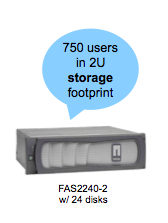 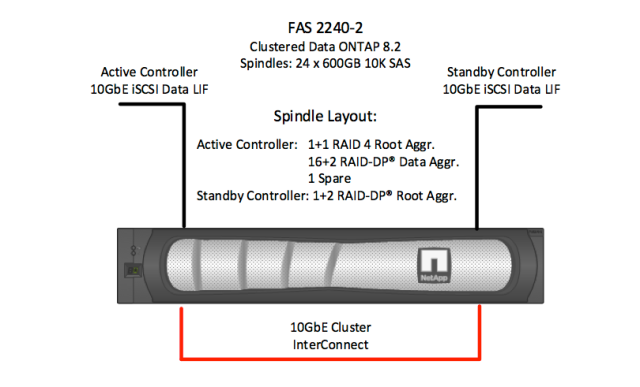 The NetApp FAS2240-2 was completely configured and setup in under two hours. Below is an outline of the entire NetApp storage solution configuration.

The environment could have supported around 800 virtual desktops. 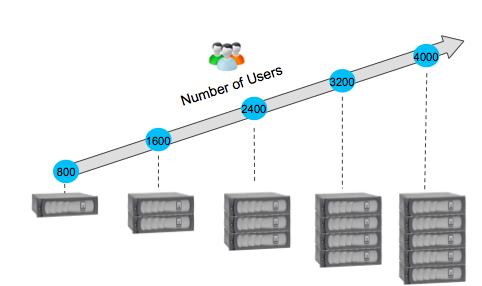 For customers looking for an efficient, scalable, and resilient XenDesktop deployment under 1000 seats, the NetAppFAS2240-2 based storage solution excels at providing substantial performance, density and scalability at a very affordable $37/desktop. Through this Citrix Ready validation program, NetApp has demonstrated the ability to deliver a cost effective virtual desktop that provides a better user experience without impacting overall performance, scalability, or manageability. With the capability to run 750 desktops from a 2 rack unit hybrid storage array and the ability to scale without disruption to operations, this solution can be used by both small businesses and large enterprises. NetApp provides an outstanding solution for your desktop virtualization needs.

To support the differing security, backup, performance, and data sharing needs of users, we group the physical data storage resources on your storage system into one or more aggregates. You can design and configure your aggregates to provide the appropriate level of performance and redundancy for your storage requirements. For information about best practices for working with aggregates, see Technical Report 3437: Storage Subsystem Resiliency Guide.  This design I used one aggregate per node since this is one deployment and with 2 shelves per node.

You create an aggregate to provide storage to one or more volumes. Aggregates are a physical storage object; they are associated with a specific node in the cluster.

Volumes are data containers that enable you to partition and manage your data. Volumes are the highest-level logical storage objects. Unlike aggregates, which are composed of physical storage resources, volumes are completely logical objects. Understanding the types of volumes and their associated capabilities enables you to design your storage architecture for maximum storage efficiency and ease of administration.

I recommend to use NetApp SPM tool to figure out the storage data layout.  NetApp partners or sales engineers should all have access to this tool.

PVS vDisk  CIFS/SMB 3 is used to host the PVS vDisk. CIFS/SMB 3 allows the same vDisk to be shared among multiple PVS servers and still has resilience during the storage node failover. This results in significant operational savings and architecture simplicity.

In this webinar, you will discover how the validated design of FlexPod Datacenter with Citrix XenDesktop works to remove the bottlenecks to desktop virtualization and reduce infrastructure, operations and deployment costs.

Join us and you will learn how to:

This event will also take place at 10 am PT/ 1 pm ET. To register for the 2nd session, please click here.